Since the time world has moved towards the digital era and adapted to the latest technology, we have seen massive growth in the Information Technology sector. Therefore, increasing career opportunities in this sector has attracted people to move towards it. Digital Marketing, Affinity Graphic Designing, Web Development, or any other field related to the digital world has created many career opportunities for people.

One such fantastic career profile is of a graphic designer or an illustrator. This is considered as one of the most preferred career fields nowadays. Not just it offers a great career and money ahead, but it interests people, and they love doing this work.

Today, in this article, we have come up with a fantastic Affinity Designer iPad tutorial for you all graphic designers and illustrators outside who have a deep liking for their work but cannot afford costly monthly subscriptions of other apps. Affinity Designer is not a free app to use, but it will cost you much less than other apps’ monthly subscriptions as you need to pay one time. 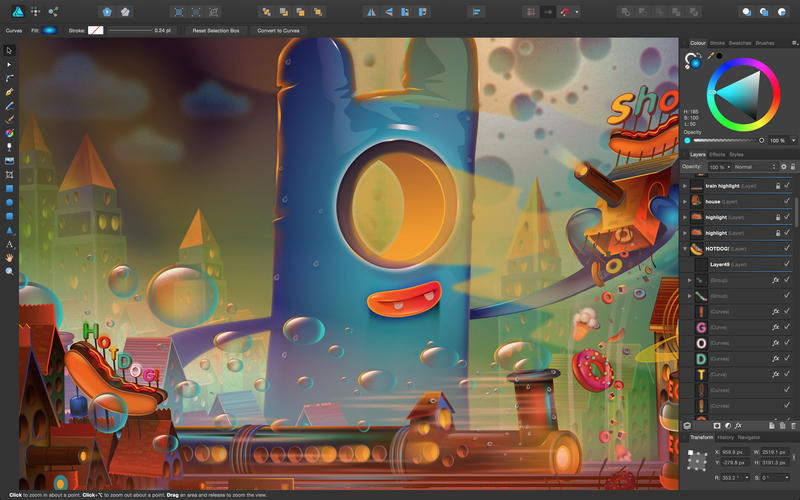 All those people who were waiting for any such kind of affordable app, this is the right place to provide you with all the details in this article we call the Affinity designer tutorial book.

Before moving further to its accessibility, let us first briefly understand what this affinity designer is all about. A software company, Serif, created an Affinity Designer in the United Kingdom. It was designed to work as an alternative for Adobe Illustrator. It is available for Windows, Mac, and iPads, and it is incredibly beneficial for people who work with raster images and vector graphics.

This is one of the most loved aspects for the illustrators as they can use this in three kinds of personas: Designer Persona, Export Persona, and Pixel Persona. Let us now have a brief explanation of each of them to make you aware of their usage. Let us now have a look at its various pros and cons:

The Affinity Designer advantage for iPad

As told earlier, the Affinity Designer is of great benefit if you use an iPad. It provides a separate iPad version with similar tools to the desktop version. The Apple Pencil works very smoothly on pixel persona and designer persona tools. There are various points available that are called ‘nodes’ and can be customized on their own. The Affinity Designer is said to be the best design app developed for iPad till now.

Affinity Designer is a fantastic software for illustrators, designers, and digital artists. However, it was made to provide a cheap alternative to adobe and made its own identity worthful to purchase with unique tools and features. It has easy accessibility and requires your one-time investment, which offers a great advantage to students and freelancers who cannot afford much to spend.

We have provided you with all details of this software and showed you all the pros and cons to give you an overview of what this software can do.

By the end of this article, we hope we have fulfilled our promise to guide you about Affinity Designer, and you have got much information on this. You can also have a one-week free trial to satisfy yourself that you are making the right choice.

So what are you waiting for? Just go and buy this right now!